A good forum is fine. A great forum is a gear.This is the ultimate yugioh forum and duel academy

Consistency: (10 points)
pretty consistent, but too predictable. Can be shut down fast with a simple bottomless or torrential.

Rulings: (7 points)
some controversy with the effect of maiden with eyes of blue, but other than that no problems. 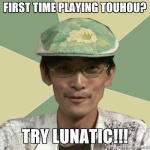